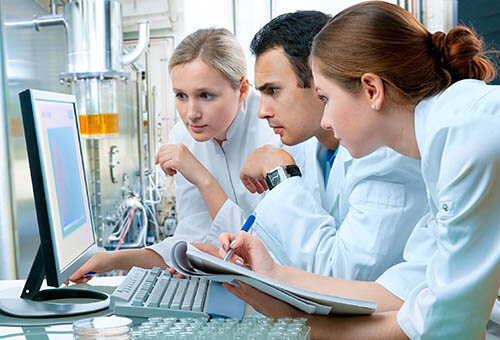 A lot has already been written about graphene, however what most likely makes it the candidate for the future super-material are its physical properties. It’s about 200-times stronger than steel, flexible, transparent and conducts electricity.

Furthermore, looking beyond its intrinsic properties, it is the basis of other important materials, such as fullerenes.

Even now, graphene technology is one of the prominent avenues in materials research. There are possibilities that the developments of graphene will mimic the rapid growth of plastics in the last century.

Graphene - what is it? The answer to what is graphene is straightforward. It is a one atom-thick layer of carbon atoms (C). This layer can be imagined as a 2D flat sheet of hexagonal shapes; i.e. a hexagonal lattice reminiscent of a web of benzene rings.

Graphene is a non-metal, though due to tight and regular atomic bonding it tends to behave more like a metal.

New carbon allotropes There used to be two common allotropes of carbon - graphite, and diamond; differing only in the configuration of the carbon atoms (which is the meaning of allotrope). The breakthroughs in scientific research starting around 2004 have introduced new carbon-based allotropes.

Essential allotropes which are based on graphene are called nano-tubes and fullerenes. Nano-tubes are of various sizes; and their use depends on the size. Smaller are used as building blocks e.g. in electronics while larger (sometimes called mega-tubes) could be used to transport individual molecules.

The second allotrope, called fullerene, is essentially the 2D sheet curved into a 3D sphere. The best-known fullerene allotrope is the buckminsterfullerene (buckyball), which consists of sixty carbon atoms. The uses are still in the future due to limited commercial production; however it shows promise in medical products and solar panels.

It is likely that graphene technology will depend on the new allotropes just as on graphene.

Graphene - how was it first produced?

For a long time, the industry alongside the scientific community strived to actually separate graphene; and in the next step bring graphene from laboratory conditions to widespread use.

Graphene properties are unique and have potential for a broad variety of uses. Graphene was known for over 100 years and there were several attempts at its production. The first approach was to separate strands of carbon from diamonds. This method proved impractical and the community sought another kind of procedure. After exploring insufficiently effective routes, Geim and Novoselov finally succeeded in its separation.

Accidental discovery of the solution The solution of pure graphene production was solved by accident. In 2004, Sir Andre Geim, and Sir Kostya Novoselov were performing ad-hoc experiments in their spare time. They had the idea of separating smaller and smaller lumps of graphite using tape. Finally, they ended up with a single-atom layer of graphite. This way, graphene was first made.

Nobel Prize The contribution of Geim’s and Novoselov’s discovery was such, that it earned them a Nobel Prize in 2010. Further honors were added when they were ranked Knight Bachelor in the 2012 New Year Honours.

Solution of industrial production Geim’s and Novoselov’s approach was used in laboratory conditions and sufficient within them. The scotch-tape method they used didn’t provide adequate feasibility.

The solution of widespread use was discovered by Chris Sorensen. Just as with Geim’s and Novoselov’s discovery, this one was also an accident. Sorensen was working on carbon soot aerosol gels and produced graphene as an unintended by-product.

The benefit of Sorensen’s approach is that is easily scalable into industrial volumes and so far seems to be economically feasible.

The approach, which was already patented by Sorensen, only depends on oxygen combined with acetylene or ethylene gas. These are placed into a chamber and detonated with a spark.

Since only a spark is needed to initiate the detonation, it is projected the industrial production will not depend on high energy input; further hinting the feasibility of the process.

What’s the current situation of graphene?

Graphene seems a suitable candidate for chemical applications due to its 2D shape. For this reason, each carbon atom is available from two sides. The availability of carbon atoms in graphene is the highest of all the carbon allotropes.

Graphene can be used as such, or as graphene oxide. When exposed to strong oxidizers, graphene forms so called graphite oxide; a compound of carbon, oxygen and hydrogen that maintains graphene’s original shape. The use of graphite oxide is in optics and water purification.

The combination of biocompatibility and conductivity reveals potential for implanted electronics. It was already used in a heart monitor, and is a candidate for a safe material for brain electrodes.

Of course, the biocompatibility also allows for uses on the skin. Devices such as stickers could be attached to it and serve as sensors. There also is a biosensor chip based on graphene technology.

Graphene supercapacitors are an alternative to usual batteries. They charge and discharge faster, and in comparison to carbon supercapacitors provide higher conductivity.

One graphene supercapacitors had the same specific power as a nickel metal hybrid battery, however much higher specific power. Graphene alternatives batteries are projected in an electric car concept with over 600 km range.

Graphene has a broad field of potential application in medicine. Taking graphene characteristics into account, coating can protect drugs during delivery in the organism, or be constructed as to deliver them to a certain point. These possibilities are analyzed in-depth as a part of cancer treatment research.

Graphene is considered as a material in transistor production due to its negative differential which theoretically allow for non-Boolean operations. However the small band-gap between conducting and non-conducting state required development in computation alternatives before it could be applied in transistors.

Since 2004, graphene was extensively analyzed and modifications were found to adapt it for transistor production. Various companies took part in a swift development that resulted in a development of printed transistors functioning at 25 gigahertz in 2015. Due to the nano-scale of graphene, the transistors depend on quantum effects such as tunneling. The development of graphene transistors is still under way and new possibilities are still being discovered. For example, in 2016 a digital switch with a 105-turn ratio at 0.5V was developed.

Any cookies that may not be particularly necessary for the website to function and is used specifically to collect user personal data via analytics, ads, other embedded contents are termed as non-necessary cookies. It is mandatory to procure user consent prior to running these cookies on your website.